A BOOK FOR MEN

So, the year is ending again, and this is also the time to be happy, joyful and festive. For me this year was really special, interlaced between personal wins and business challenges that kept me moving from the beginning to this moment called the end. However, this particular end is not the real end – it’s just a beginning again. Do you want to know why?

Let me first explain you what I have achieved this year only by following the heart and passion. At last!

As many of you know, I entered this year with (finally) fully written manuscript of my first book – the book for men on how to love a modern woman. I established enthusiastic campaign on Kickstarter to raise funds for the translation of my (Slovenian) manuscript. I gathered help from more than 70 supporters that pledged more than € 7 000. That wasn’t enough and I left the scene without money, but, however, not without a success. After I finished my campaign, I realized that more than 90% of my supporters were Slovenes that really wanted to read my book. Therefore, I borrowed some money from my parents and self-published Slovenian version on April 23rd. Already in the first month of sale, I have sold more than 120 books, and thus I raised enough money for further promotion, brand development, and, to be honest, for my further courage. Until the end of this year, I already have printed three editions of Slovenian version Awakening Her, I had more than ten presentations, and I have sold almost 500 books all by myself. This is a lot; if we take into account that average edition published by bigger publisher in Slovenia is 500 books.

Soon after the campaign on Kickstarter, something else happened simultaneously with my self-publishing. A book agent that was interested to represent my book on English-speaking markets contacted me. That was almost magical, because I know how hard can be for an unknown writer to get attention from book agents. After that, I needed the money for professional (and very good) translation of at least 50 pages of Awakening Her. Therefore, I established another campaign, this time on the platform without special requirements, GoFundMe. Some of my foreign supporters from Kickstarter gave me some funds immediately, which, I had to admit, surprised me very positively! In the first month of campaign on GoFundMe, I have raised enough money to start with the translation.

And so, we come to the part where I conclude my post with sincere happiness and gratefulness. THE TRANSLATION IS PREPARED and the contract with the agent is signed. Now we all need just a little more patience to wait for the right publisher who will publish Awakening Her worldwide. I believe that will happen in the year that comes! Now, after so many great feedbacks in Slovenia, I confidently know the book is very good, and it deserves to be delivered in every single bookshop in the world. It deserves to be read by curious readers all around the globe. Men. Women. People who are looking for that simple little message of love.

Until then, I wish you joyful time starting with magical holidays, and continuing in every day of a New Year. Thank you for being here in this story with me! 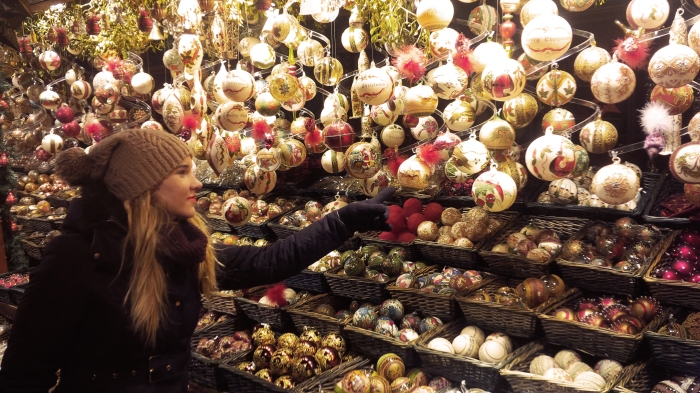